Numerology and the numbers
Number 82 Meaning 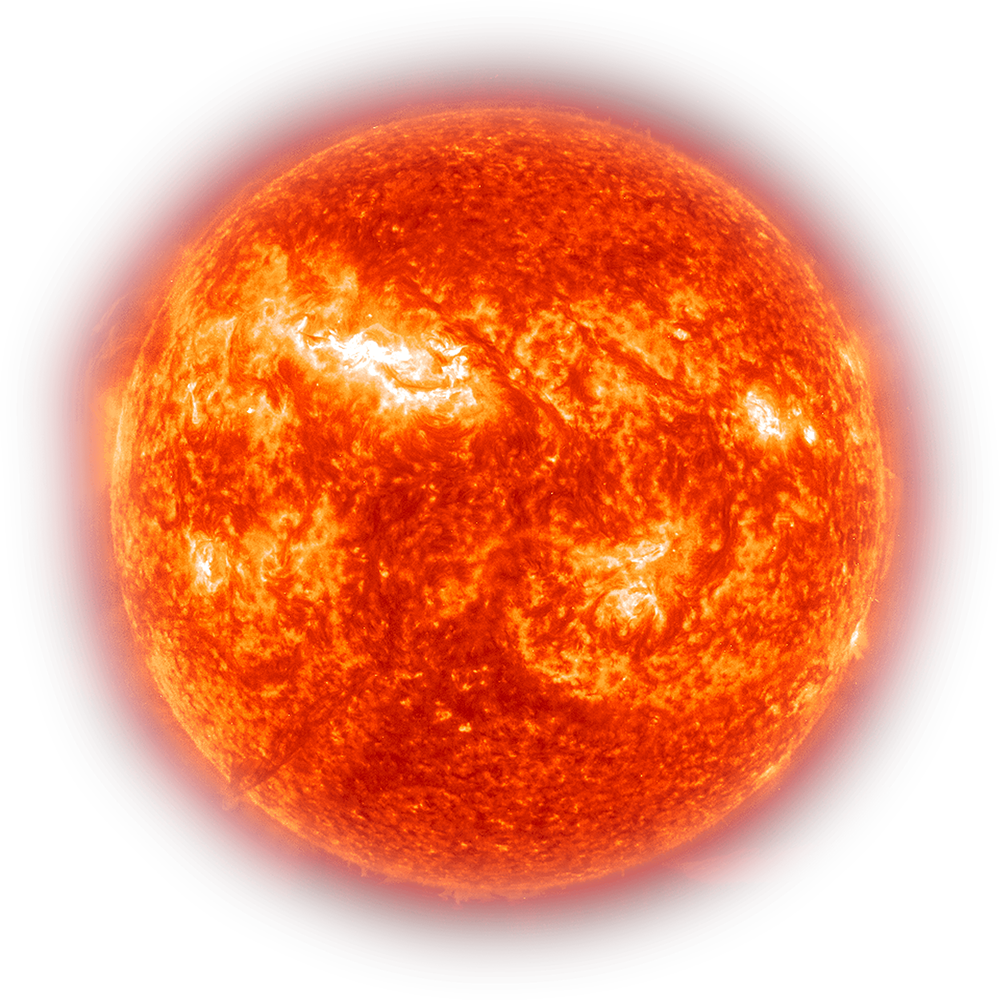 Introduction to the number 82

The number 82/1 vibration gives a strong winning mentality, and many talents used to lift a community. 82/1 uses its immense strength to shine and reach the top in administration, politics, and religion. There is an ability to attract a large following in the number, and in this way, you become almost a form of "religious leader."

The sister vibration of 82/1 is 28/1, which is a number that brings enormous success. Statistics show that 28/1 is not only one of the strongest numbers when it comes to money (seen on the Forbes list, among others) - it is also a number that frequently appears in all kinds of competitive disciplines. For example, we see that many athletes have 28/1 among their numbers. However, 82/1 is more focused on success through religion and power, whereas 28/1 is more focused on financial success or success in sports. Like 28/1, 82/1 is a number that potentially attracts a lot of court cases and legal issues.

In imbalance, 82/1 makes you hot-tempered, lack consideration, do a lot of hard work without results and attract lawsuits and litigation. 82/1 can divide the waters and be loved or hated due to its perceived bossiness. It can be self-centered, unempathetic, and lack interest in other people who it sees as inferior. It can be fanatic in its desire to reach the top of society. Like its sister vibration 28/1, it has a kind of false modesty that attracts lawsuits because it humbly promises something in one moment and then conveniently forgets about it in the next.

In balance, you are talented, expansive, and a strong leader who lifts the group.

If the number 82/1 appears in the year row charts, it is usually an indication of being able to lead others in this period as you will be seen as a religious/spiritual leader. When Donald Trump lost the election to Biden, he had 82/1 in his year rows. There were lawsuits attacking the election's legitimacy (the 82/1 resonance with litigation), and Trump was elevated to the role of a kind of Qanon religious savior figure by his followers.

This was just a short excerpt about the number 82. In our online program 'Numerologist PRO Foundational,' we go in-depth with all the numbers where every aspect of the archetype is uncovered using THE HUMANITY ARCHETYPING SYSTEM™. We go in-depth with Tarot, Tree of life, different numerological interpretations, detailed statistics, and analysis of the BIG DIAMOND CHART and VIBRATION PYRAMID charts. To see more about Numerologist PRO Foundational please click here.

The balanced aspects, traits and adjectives of number 82 are:

A millionaire number, reaches the top, abilities in business, administration, politics or religion, strong inner morality, career and life purpose is the main focus, optimistic and positive, motivated and has lots of drive, strong and self-sufficient, begins and completes its projects, directed and on purpose, realistic, focuses on gaining material wealth, overcomes obstacles, motivated by competition, does what it takes to succeed, business sense, financial talent, disciplined and ambitious, the sister vibration of 28/1 - just more focused on morality, religion and power, good for social gatherings, especially those involving a business purpose, many talents and skills used to reach the top, lifts the whole group but with itself on top, good for creating teams that it is the leader of, seeks out the best people in its field, surrounds itself with other successful and independent people, understands the value of relationships and typically uses it in its career.

The imbalanced aspects, traits and adjectives of number 82 are:

Warlike and fanatical, pedantical, ungrounded, not so interested in others, uses/exploits others, always a hidden purpose or back thought, pretends to want to help others but is only interested in making money, funds misuse, money-grubbing, fixated on status symbols, selfish way of life, doesn't see the context, only themselves, lacks empathy, a hard leader who demands too much from others, has enough in itself, tendency to treat others as inferiors/subjects, dominating in a subtle/hidden way, may look sweet and friendly, but everything is tough business, the combination of 2 and 8 can lead to falsehood or false humility, can attract litigation just like 28/1, long tunnel of hard work but without results, harsh to those nearest to it, excessively materially focused, greedy.

Celebrities with 82 in their charts

We have Arianna Huffington (creator of the Huffington post), Winston Churchill (English prime minister), and Elizabeth of Russia (Empress of Russia).

82 is under the influence of the SUN

The Sun is magnificent and expansive, the giver and initiator of all life.
In the same way, the number 1 is an initiator - giving life to new ideas, thoughts, and actions. The number 1 starts all processes.

The Sun stands alone at the center of the solar system. In the same way, the number 1 wishes to stand alone and to be admired. When the 1 is praised and adulated, it gives love and energy back by radiating its surroundings with attention and optimism.

The Sun creates its own energy through an internal fusion process that is not dependant on anything else in its surroundings. In the same way, the number 1 can only find its real source of energy from within.

The number 1 is indivisible and symbolizes the unity of the universe.

Sun people are leaders by nature, incredibly strong personalities who are always noticed. They are enthusiastic, impulsive, and have a natural talent for business and leadership.

The Big Diamond Chart™ for 82

The BIG DIAMOND CHART™ is one of the main tools in THE HUMANITY ARCHETYPING SYSTEM™, which helps numerologists "unpack" a number so that they can see all the vibrations born from the meeting of the first and second digits in the numbers 1-99. The chart reveals remarkable details about the psychology and possibilities for each number. In the BIG DIAMOND CHART™, the number is first unpacked in the main diamond (bottom middle). The two digits are laid out along the top of the main diamond, and the digit sum is placed at the bottom. The rest of the numbers are found by recursively adding the numbers, entirely unpacking the vibration. The red and green arrows show the relationships between the numbers, revealing inner tensions and resources.

The BIG DIAMOND CHART™ is thoroughly interpreted for you in our Numerology Foundational Course, giving you a profound knowledge about the numbers, which will help you make highly accurate numerology chart interpretations. 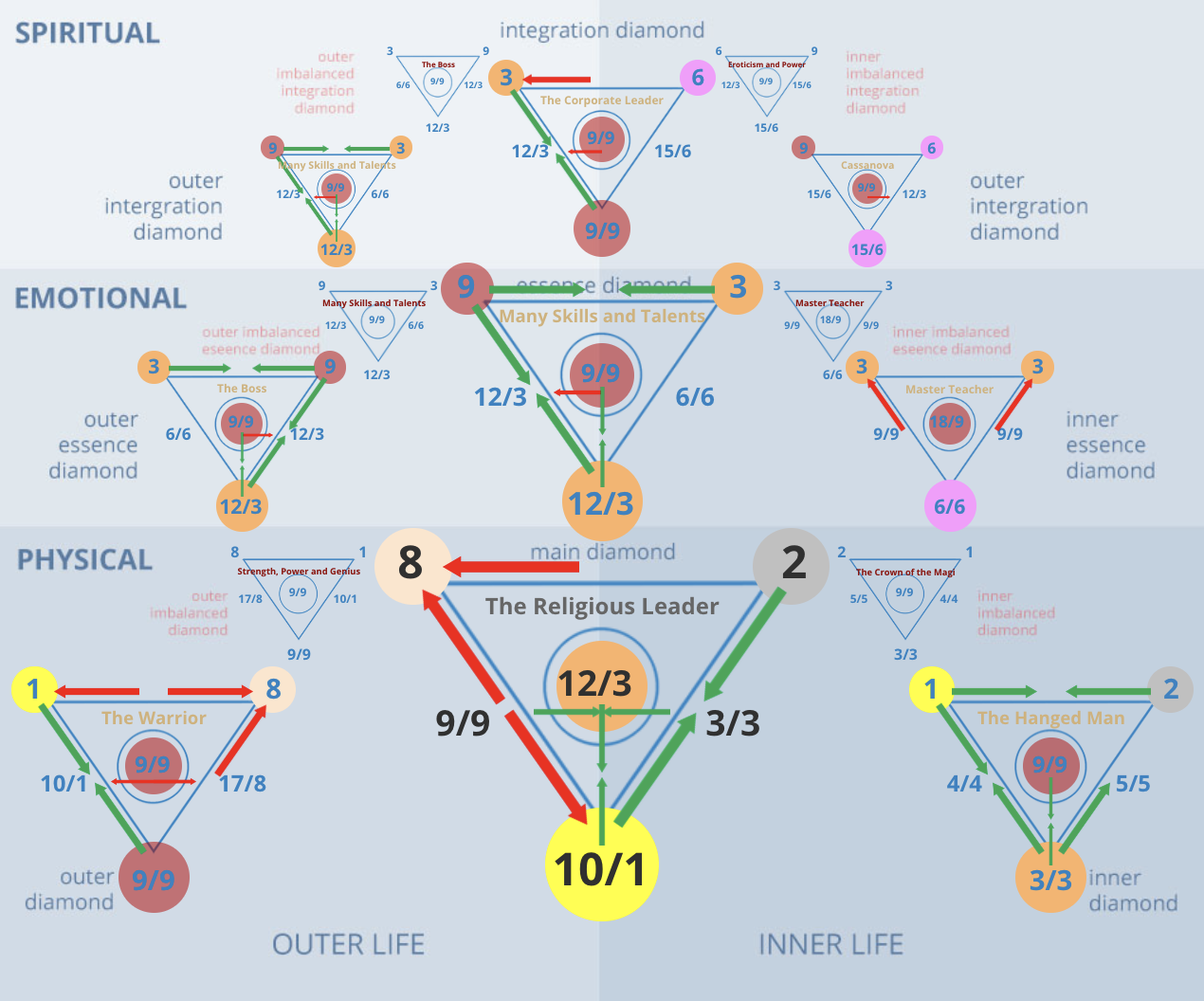 The Vibration Pyramid™ for 82

The VIBRATION PYRAMID™ resembles the big diamond chart but is constructed in a different way revealing other details about the architecture of each number. While the big diamond chart reveals the sub archetypes present in every number, the vibration pyramid shows the different paths a number can take on its spiritual journey into the core of its being.

The VIBRATION PYRAMID™ is thoroughly interpreted for you in our Numerology Foundational Course, giving you a profound knowledge about the numbers, which will help you make highly accurate numerology chart interpretations. 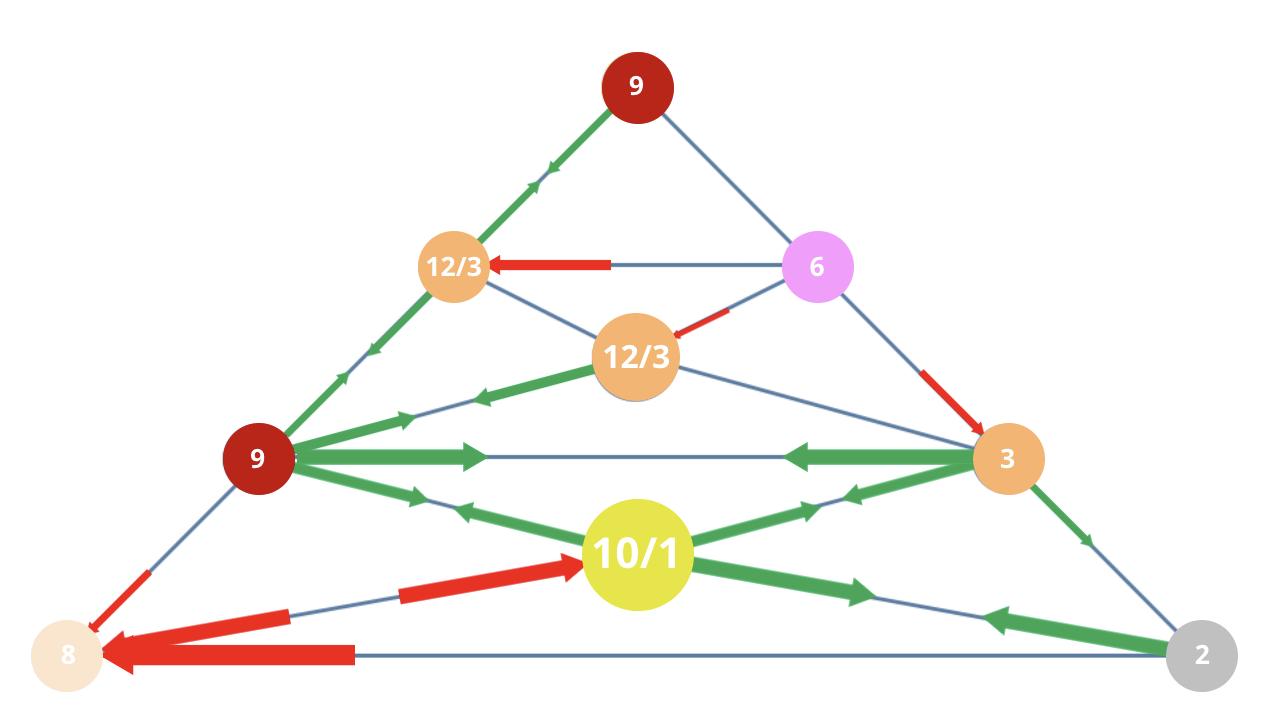 These number descriptions were found by using the HUMANITY ARCHETYPING SYSTEM™. The method involves research in multiple numerology systems, the big diamond chart that reveals the vibratory architecture of the numbers, and research in the numerology charts of over 100.000 celebrities and well-known people. To see more about this profound and complex archetyping system click the button here: