Numerology and the numbers
Number 3 Meaning

The number 3 resonates with the the planet Jupiter.

Introduction to the number 3

The number 3 gives strength, confidence, greatness, and expansion ability. 3 is the number of Jupiter, the most giant and most massive planet in the solar system, and loves grandeur and expansion. Like Jupiter, the number 3 emits a lot of energy in the surroundings. They believe in themselves and instinctually know their worth. People under the influence of the number 3 are ambitious, goal-conscious, dynamic, and self-aware individuals who set high demands on themselves and others. For number 3, success is alpha omega.

3 also has a great sense of humor and loves to have fun with friends and family.

The number 3 is often called the strongest of all the numbers. Like the Roman God Jupiter, the number 3 commands much power and respect. Jupiter has 69 moons and stands at the center of a great family. Therefore, the Jupiter archetype is the patriarch or matriarch, used to being the one in power that pulls strings. Only the best is good enough, and the 3 desires perfection and success in all of life's aspects. They demand respect, and if others cross their limits, they will instantly respond and reclaim their status and boundaries. The 3 gets its power from a very powerful sense of strategy. The 3 energy is very mentally awakened, and it can use the innate sense of strategy in fields ranging from academia to science to playing chess.

The 3 energy tends to set up a facade, so others only see a glossy image of their life. However, this ability to set up a façade may backfire, so they eventually cannot feel their own emotions.

For the 3, one of its greatest lessons is to realize that all life's experiences are learning processes, not just a string of successes or defeats. Life goes up and down for everyone, and it is more important that we learn and grow than having a diploma or paper that states that we have a perfect life, the ideal career, and the perfect partner.

3's have enormous power and innate talent to manifest their wishes and live their dreams. The 3 energy in balance is ambitious and focused and also allows itself to enjoy life with friends and family along the way.

The number 3 prefers to have positions of power and influence and feel comfortable as directors and leaders. 3 also feels comfortable in politics where they can lead without letting their emotions disturb their judgment.

When the 3 energy is blocked, the 3's self-esteem drops, and a victim mentality can set in where they become envious and compare themselves to others who are more successful. They try to find explanations outside themselves and project blame on others. When the 3 energy is too powerful, it shuts down its emotions, becomes cynical, arrogant, and dominant, and justifies the means with the end goal, even if those are questionable. It can be overly critical, competitive, uncompassionate, and judgmental.

The actualized 3 energy achieves success and greatness that comes from a sincere and genuine place – deeply connected to the prominence of Jupiter.

This was just a short excerpt about the number 3. In our online program 'Numerologist PRO Foundational,' we go in-depth with all the numbers where every aspect of the archetype is uncovered using THE NP NUMBERS 1-99 ARCHETYPING SYSTEM™. We go in-depth with Tarot, Tree of life, different numerological interpretations, detailed statistics, and analysis of the NP BIG DIAMOND CHART™ and NP VIBRATION PYRAMID™ charts. To see more about Numerologist PRO Foundational please click here.

Tarot card for 3 "The Empress"

The number 3 corresponds with the 3rd Tarot card called "The Empress".

The card symbolizes the expansive and nurturing aspects of the number 3. 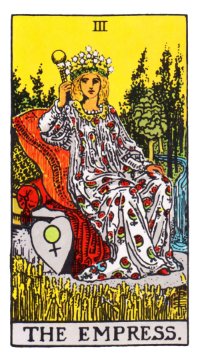 The 3 in balance is:

The balanced aspects, traits and adjectives of number 3 are:

The imbalanced aspects, traits and adjectives of number 3 are:

Celebrities with 3 in their charts

People born on the 3rd of a month have a powerful aura that also serves as a kind of protective shield. They are expansive and take up their personal space. Here we have:

3 is under the influence of JUPITER

The Big Diamond Chart™ for 3 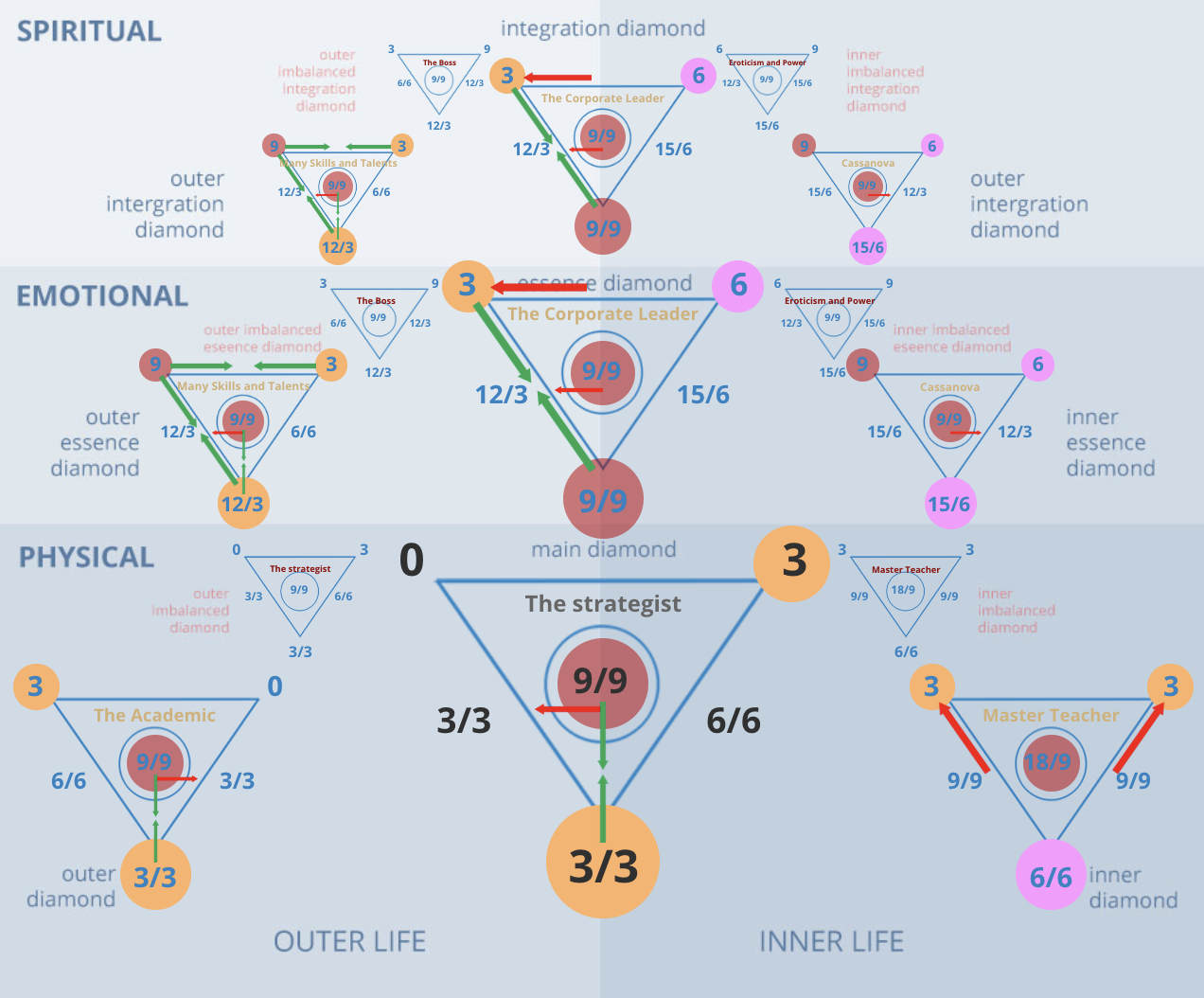 The Vibration Pyramid™ for 3 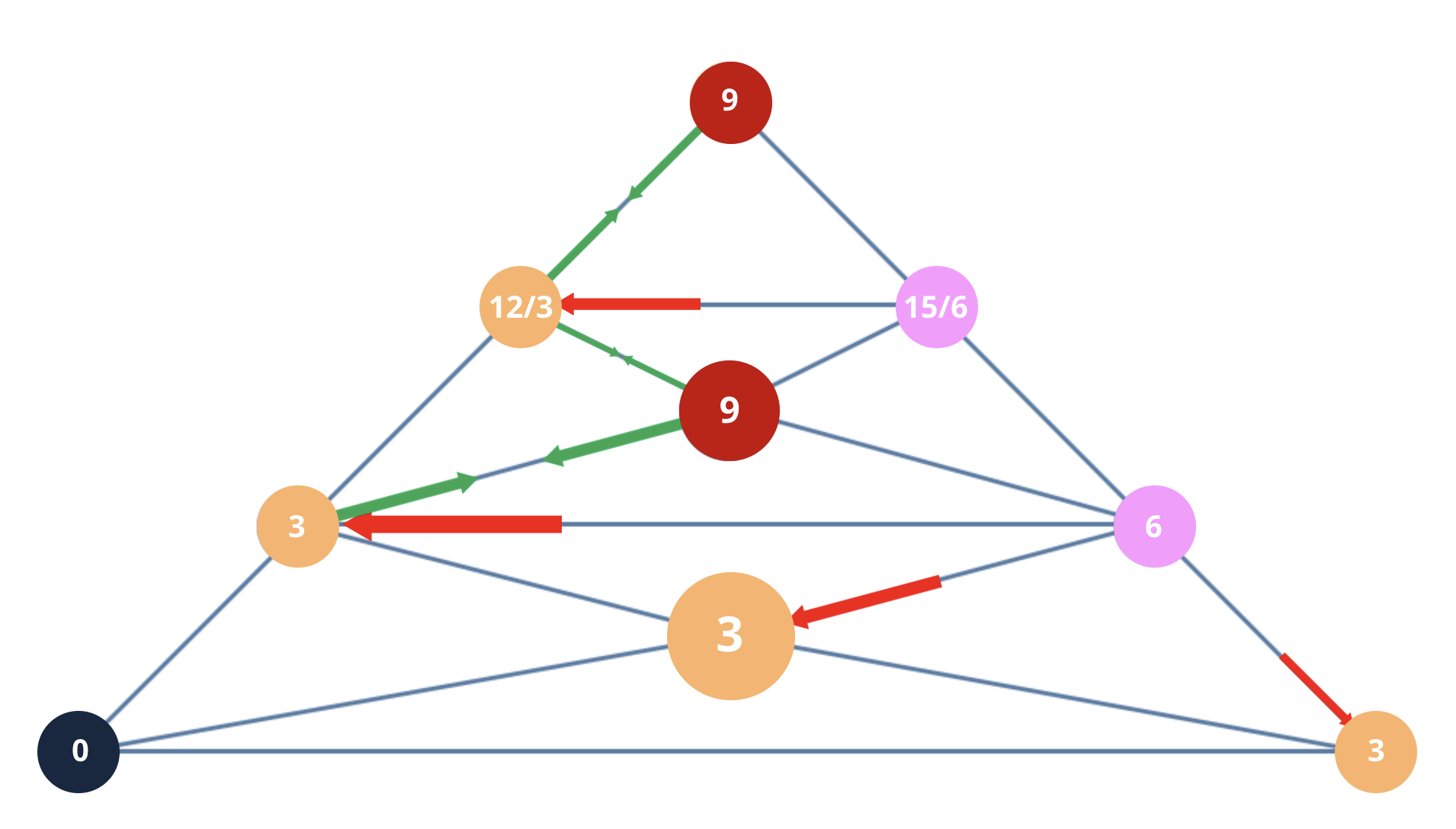