Numerology and the numbers
Number 49 Meaning

ARCHETYPE NAME:
Order out of Chaos

Introduction to the number 49

49/4 is a vibration that gives a tremendous inner urge to create order out of chaos. The vibration can actually attract a lot of chaos and upheavals, which necessitates a psyche that can absorb the chaos and put an order in it.

The number 49/4 also gives a powerful ability to develop step-by-step systems and follow them. There is an attraction to performing work that puts things in order.

49/4 is a very pertinent number that actually has a lot in common with the traits one typically associates with the zodiac sign of Virgo. 49/4 feels best when the surroundings are pleasant, structured and everything is placed on the right shelf.

Many accountants, for example, have this number, and it is also a perfect number for personal assistants who can help others create order out of chaos. Clutter in boxes that can be neatly cleaned up and put in folders. Libraries to be organized and put in order. Impossible lawsuits with a million attachments, exhibits, and threads to be tied together. Genetic research with thousands of test results and experiments to be performed and after which the data must be organized in a way that is organized and easy to look up. The 49/4 has a natural knack and talent to perform all these tasks.

The number 49/4 also has excellent abilities in healing and medicine. Many doctors have the number 49 included in their numbers. The numbers 4 and 13/4 give healing abilities, and the number 9 provides an overview, direction, and leadership qualities.

We also often encounter the number 49/4 in the charts of biologists and laboratory technicians. Biology as a subject is appealing to 49 both because the numbers 4 and 13/4 love animals. The number 9 helps find systems to classify the many different species that the biologist is studying.

There are many built-in 4-8 tensions in the number that may give the bearer a lot of doubts and inner tensions. The 4-8 tension makes you constantly assess whether to break tradition or find new ways. This can also reflect that it can be challenging to find your legs in your career since there always seems to be something that could be even more exciting, rewarding, and transformative just around the corner.

This was just a short excerpt about the number 49. In our online program 'Numerologist PRO Foundational,' we go in-depth with all the numbers where every aspect of the archetype is uncovered using THE NP NUMBERS 1-99 ARCHETYPING SYSTEM™. We go in-depth with Tarot, Tree of life, different numerological interpretations, detailed statistics, and analysis of the NP BIG DIAMOND CHART™ and NP VIBRATION PYRAMID™ charts. To see more about Numerologist PRO Foundational please click here.

The balanced aspects, traits and adjectives of number 49 are:

Loves new and different ideas and systems, heals itself and others, puts things in order and gladly helps others to do the same, unique and fascinating personality, does things its own way, shows what is possible, the worldview of the future, improves the world, persistent and structured, may have abilities in healing and medicine, heals the physical body and mind, follows a process and exact steps to its goal, often very specific and concrete goals in life, loves methods and techniques, follows structures and systems, practical and decent, finds joy in numbers, accounting, and other things that give structure, often likes dressage (horses), dancing with fixed steps or other things where you follow specific steps, not easy to distract, feels most happy when it is pursuing a goal, goes for one goal at a time, good at splitting their time up into measurable chunks, good at defining subgoals to fulfill a higher goal, loves new and revolutionary ideas, realizes that transformation is the only way forward, strong sense of what is right and wrong, loyal and dedicated to its goals, builds a secure foundation in life, practical, inner strength and wisdom, selfless and conscientious, compassionate when interacting with others, creates smart and new solutions for humanity, both pragmatic and idealistic, assists and supports others, resonance with humanitarian organizations, donates its time, structure or help, finds structures and systems to find ways out of problems, strong and focused mind, absorbs the chaos of the world and transforms it into wisdom and order.

The imbalanced aspects, traits and adjectives of number 49 are:

Overly nerdy, seems strange and grumpy, too focussed on systems, OCD, many karmic trials in life, unforeseen things go wrong, holds itself back (when it shouldn't!), very square and fixated on rules, overly anxious about the future, unexpected accidents, many crises in life, may attract diseases, may create chaos around it, can use violence if there is not enough wisdom, can create destruction rather than harmony, a tendency to overly focus on helping people in need even if their own affairs are in complete disarray, has trouble with authorities, illogical need to be different, the black sheep, inner longing and dissatisfaction, seems unhappy and strange, feels like a victim, doesn't notice that others are trying to get its attention, very hectic, misunderstands situations and turns things upside down.

Celebrities with 49 in their charts

49 is under the influence of URANUS

The Big Diamond Chart™ for 49 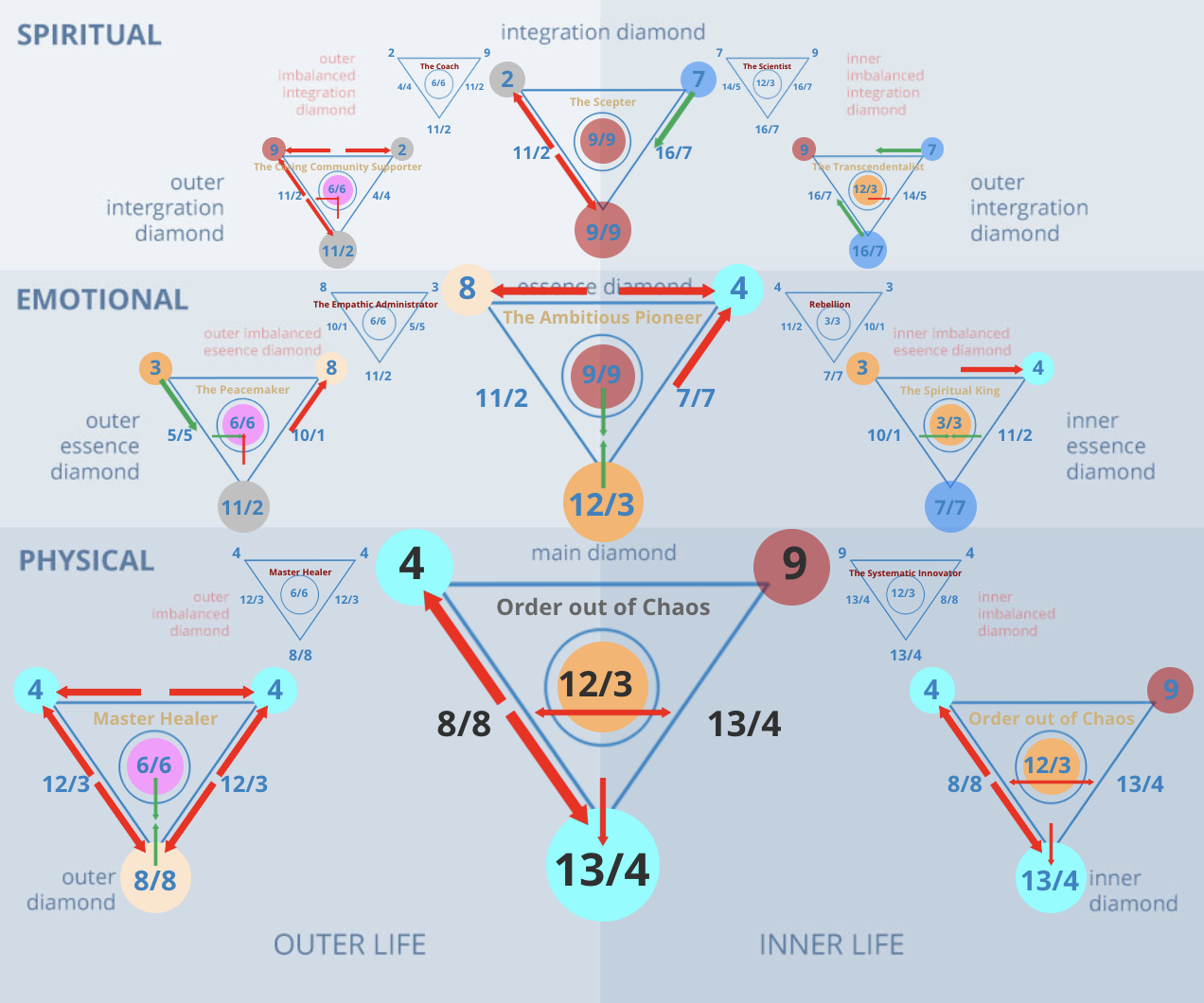 The Vibration Pyramid™ for 49 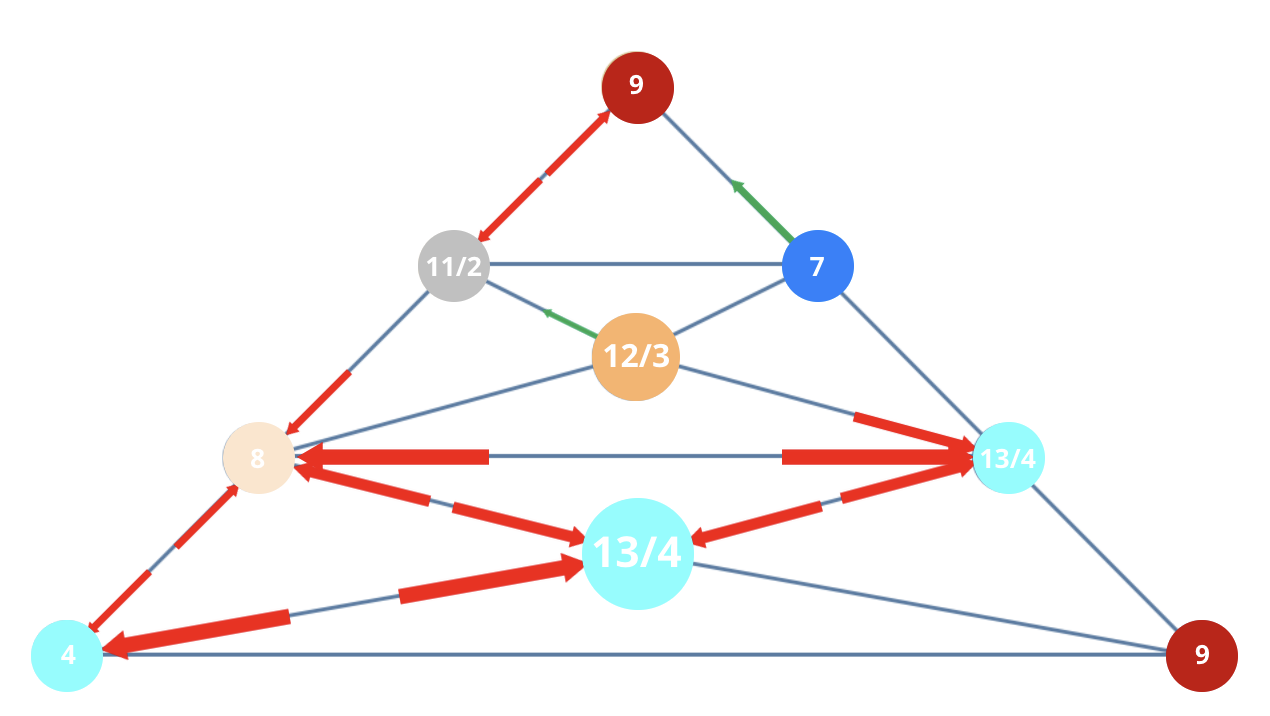