Numerology and the numbers
Number 12 Meaning

The digits in the number 12 have the digit sum 3 which resonates with the planet Jupiter. 12 is often written as 12/3 where the digit sum is placed after the slash. To understand 12 more in depth we recommend you also read more about the digit sum 3 here.

Introduction to the number 12

The number 12 stands for the power of the mind, rapid expansion, nurture, physical strength, and knowledge. When the number 12/3 is in the numerology natal chart, the lesson of life is to let go of the illusions of the mind. You learn to stand by yourself and live out your wishes, free from limitations and free from thinking about what others think.

The 12/3 vibration has a great need for growth and expansion, for example, in your career and business. But this growth is a kind of "programming" that lies deep in the number 12/3 in all areas of life. You can even have "Green fingers" and be good at getting plants to grow. You can have a big drive to create new things and projects and see growth potentials and opportunities. 12/3 also gives an immense generosity where you freely give others what you have. There is a generous "Mi casa es su casa" philosophy to the 12/3 based on the expansive qualities of digit sum 3, which corresponds to Jupiter.

12/3 is very expressive and needs to communicate how it feels. Due to its expansive qualities, it is generally not so good at going inside itself to sort out its emotions, so it needs to say things out loud to see, hear and understand what is inside it.

12/3 is an expansive energy that is generally good at many things, which is why people of many different kinds of careers and vocations can be born on the 12th of the month. Typically, we see robustness and strength in the 12/3 that makes it suitable for careers that crave strength – here, it can be anything from sports (for example, boxing and rugby) – to politics.

In Chaldean numerology, the number 12 is mainly seen as a problematic number that can cause many problems in the name chart. It causes misunderstandings, misinterpretations, and a feeling of being a victim or hostage of other people's agendas. The problem is that 12/3 comes out too fast with their opinions and speaks without thinking. This can cause a lot of difficulties in communication which ultimately lead to 12/3 feeling like a victim. Whenever 12/3 appears in the numerology charts, it indicates that the person feels like a victim in the area of life that the 12/3 appears in.

In balance, the number 12/3 is a strong and expansive vibration, which needs to be in a continual state of growth and expansion – and if it isn't, the victim mentality sets it.

This was just a short excerpt about the number 12. In our online program 'Numerologist PRO Foundational,' we go in-depth with all the numbers where every aspect of the archetype is uncovered using THE NP NUMBERS 1-99 ARCHETYPING SYSTEM™. We go in-depth with Tarot, Tree of life, different numerological interpretations, detailed statistics, and analysis of the NP BIG DIAMOND CHART™ and NP VIBRATION PYRAMID™ charts. To see more about Numerologist PRO Foundational please click here.

Tarot card for 12 "The Hanged Man"

The Hanged Man is the twelfth trump or Major Arcana card in the Tarot. The image shows a man being hanged upside-down by one ankle.

The central theme of the card is that sometimes you have to change your view 180 degrees to get rid of the veil of misunderstanding.

The balanced aspects, traits and adjectives of number 12 are:

Ambitious, big ideas and plans, always in a state of expansion, inner "rock star" attitude (meaning confidence that doesn't allow anyone or anything to stop it), speaks freely and from the heart, does as it feels, popular, stands up for itself and others, great courage, is admired, audacious, good at strategy, great sense of humor, knowledge is power, a master of knowledge, literary - reads and gains knowledge, greatness, magnificence, majestic heart, embracing, arms extended wide, what is mine is yours, generosity, mi casa es su casa, fatherly, motherly, puts formalisms aside and speaks and acts from the heart, greatness of spirit, offers itself for others, green fingers, everything it touches grows, indomitable spirit, the idea or ideal is the essential, magnanimous being, end of a cycle of perfection.

The imbalanced aspects, traits and adjectives of number 12 are:

Arrogant, egocentric, overanalyzes, drama in relationships, brags too much, takes up too much space, puffed up, misunderstands others and is misunderstood, talks too much and listens too little, feels like a victim of life and other people, has success but loses it again, loss of money and possessions, wants to dominate others, rigid opinions, stubbornness, stupidity, believes in all kinds of conspiracy theories, turns things upside down, inflated ego, believes that others are wrong - when the opposite holds, feels weak, feels like a victim, is held hostage by other peoples plans, unclear and foggy mind, overanalyzes situations, says the wrong things at the wrong moment, funny – but not on purpose, incessant thinking turning things up and down, endless projections.

Celebrities with 12 in their charts

People born on the 12th of a month have an expansive quality that comes from the resonance with Jupiter. Here we have:

12 is under the influence of JUPITER

The Big Diamond Chart™ for 12 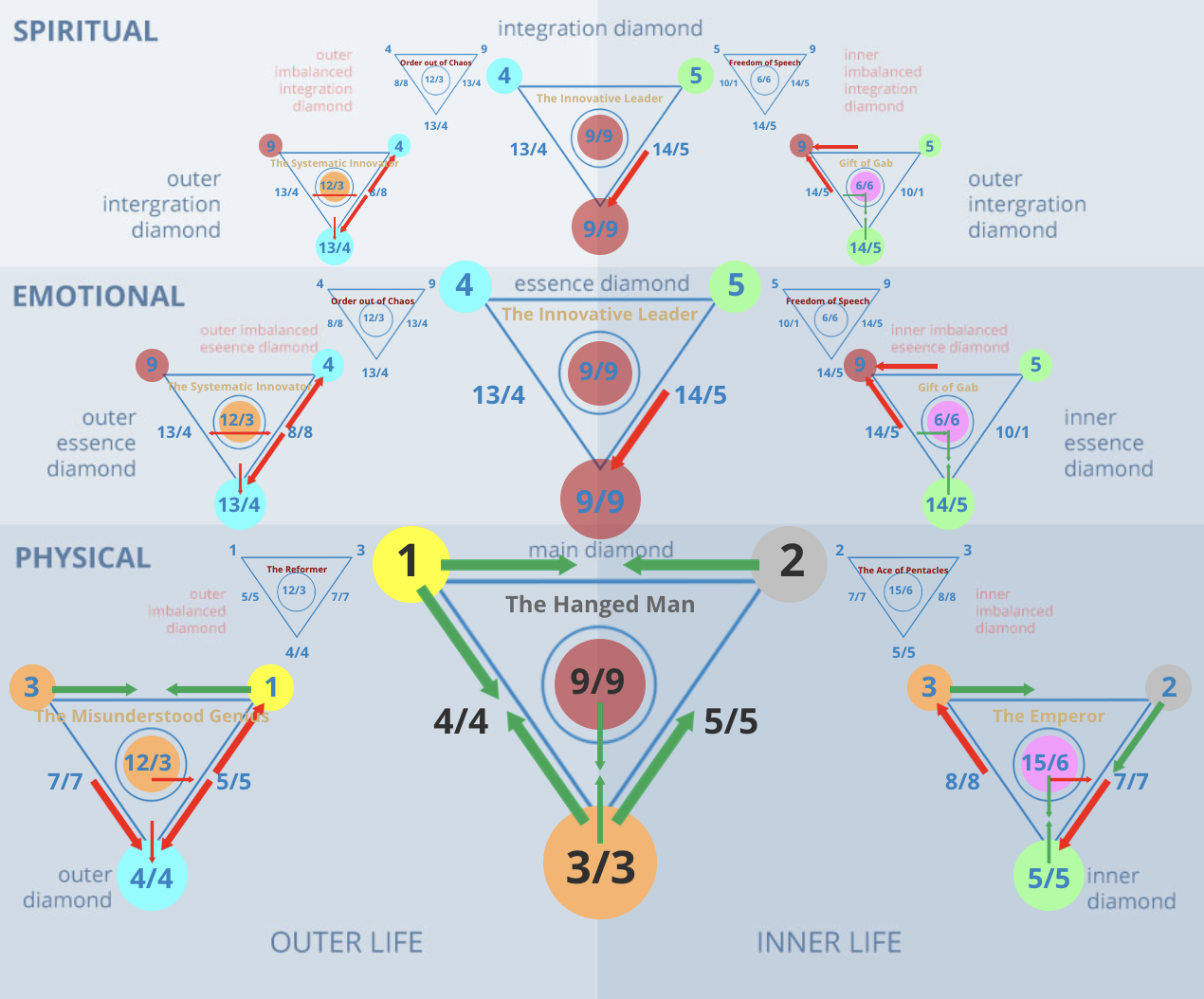 The Vibration Pyramid™ for 12 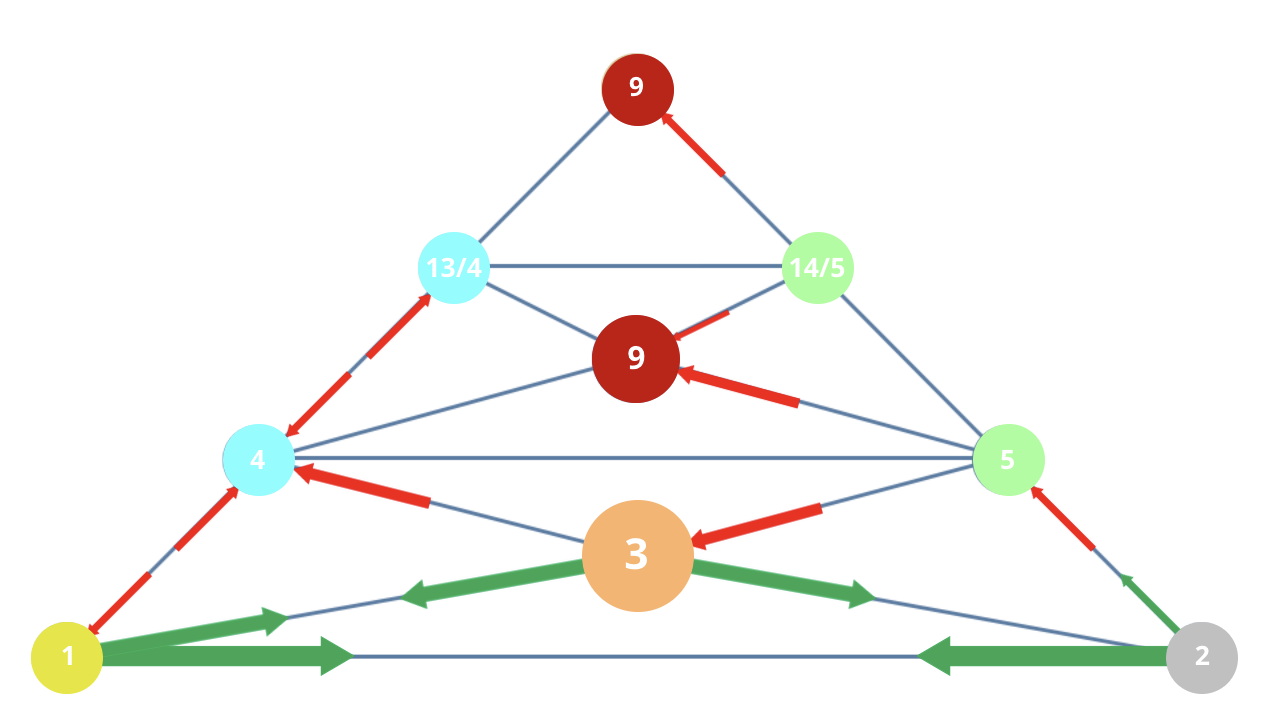