Numerology and the numbers
Number 75 Meaning

Introduction to the number 75

The number 75/3 vibration is a strong, focused energy with an inner drive towards philosophy and ideas. It has a lofty outer energy and an inner life busy with new and expansive views, turning everything inside out. Sometimes to such an extent that it almost becomes a little bit of a neurotic energy – but it's mainly because the mind is in rapid motion. The quick mind makes the 75/3 good with academics and science. It is curious and constantly turning ideas up, down, and around.

You quickly realize with 75/3 that you cannot ignore them or sidestep them. Of all the numbers in the 70s, the 75/3 is one of the strongest, most direct, most expansive, and most pompous. This strength, regality, and grandness give the number its name, "The Majesty."

In imbalance, it can tend to exaggerate its own importance, be snobbish, excessively focus on its own inner ideals and be pompous about them. The 75/3 can also suffer because it wishes to be extroverted (the inner number 5) but is introverted (the outer number 7). It can also be indecisive because it is so much in its own mind. The 7, 5, and 3 can all be very mental numbers. There is a tendency with 75 that you are always lagging a bit behind everyone else in your generation because you need so much time and space to think things through and fully experience them. 75/3 gets the university degree later, starts its career later, gets married later, and gets children later than others.

In balance, it is an adventurous and freedom-seeking vibration with a religious and exalted flavor.

This was just a short excerpt about the number 75. In our online program 'Numerologist PRO Foundational,' we go in-depth with all the numbers where every aspect of the archetype is uncovered using THE NP NUMBERS 1-99 ARCHETYPING SYSTEM™. We go in-depth with Tarot, Tree of life, different numerological interpretations, detailed statistics, and analysis of the NP BIG DIAMOND CHART™ and NP VIBRATION PYRAMID™ charts. To see more about Numerologist PRO Foundational please click here.

The balanced aspects, traits and adjectives of number 75 are:

Both introvert and extrovert, may seem quiet and introverted on the outside but a lot goes on under the surface, has a high intellect, thinks significant and visionary thoughts, reflective and intellectual, analytical and profound, inspirational and philosophical, a big range of interests and talents, can often surprise others, thoroughly analyzes its intuition to find wisdom, ideas, thoughts and plans are intuitively downloaded, able to see situations from many points of view, supports and encourages others, majestic - a dignified radiance, high inner confidence and dignity, great sense of justice, archetypal understanding of the different roles people play, is looked up to and respected, is an idea and thought leader, well-known in the community, stands for specific key issues where the central theme is fairness and equality, spiritually awakened, development and enlightenment, perseverance, psychic abilities, makes important decisions and choices, significant life changes, builds great life experience, personal expansion and progress, must follow their path and not deviate from their inner life path, believes that everything goes according to the divine plan, trusts their inner wisdom, may have the skills for creative and artistic work with its hands, artisan number, literary and artistic interests, interested in history and philosophy.

The imbalanced aspects, traits and adjectives of number 75 are:

Is a victim of others agendas, deep self-esteem issues which feed deep anger coupled with shame, proud, rigid and judgmental, feels raised above others mentally, pretentious and pompous around itself and its ideals, displays an image that it hides behind, exultant and gloating behavior, pretends to be important and high up the ranks, overcontrolling and condescending in its communication, fanatic, can't see things from other people's points of view, restless, doesn't like change, mentally unstable, dramatizes, does not show feelings, miserly with itself and its energy, holds a tight grip on its image, shut down and controlled, is shy and withdrawn, looks down on those who do not share the same ideals.

Celebrities with 75 in their charts

75 is under the influence of JUPITER

The Big Diamond Chart™ for 75 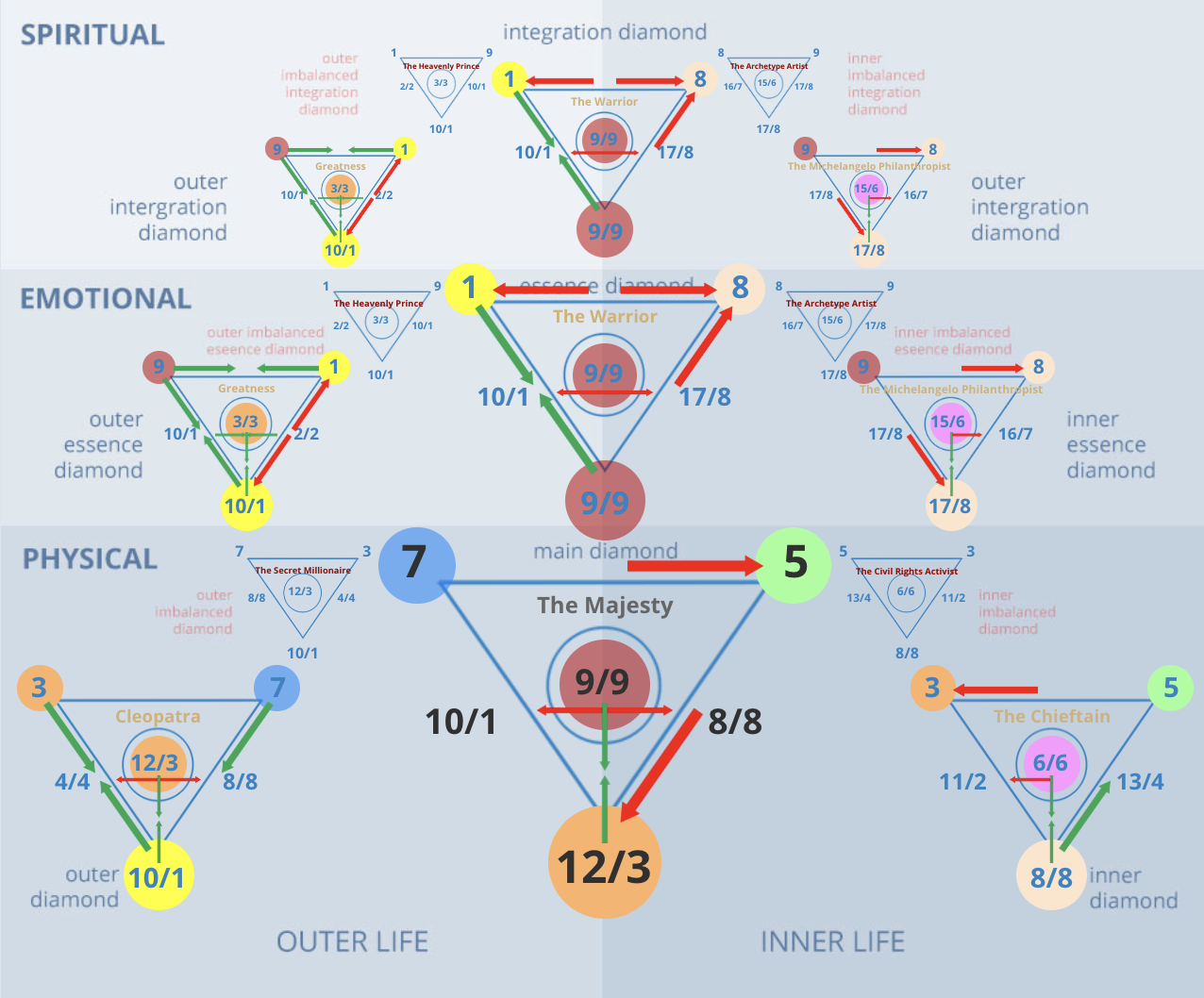 The Vibration Pyramid™ for 75 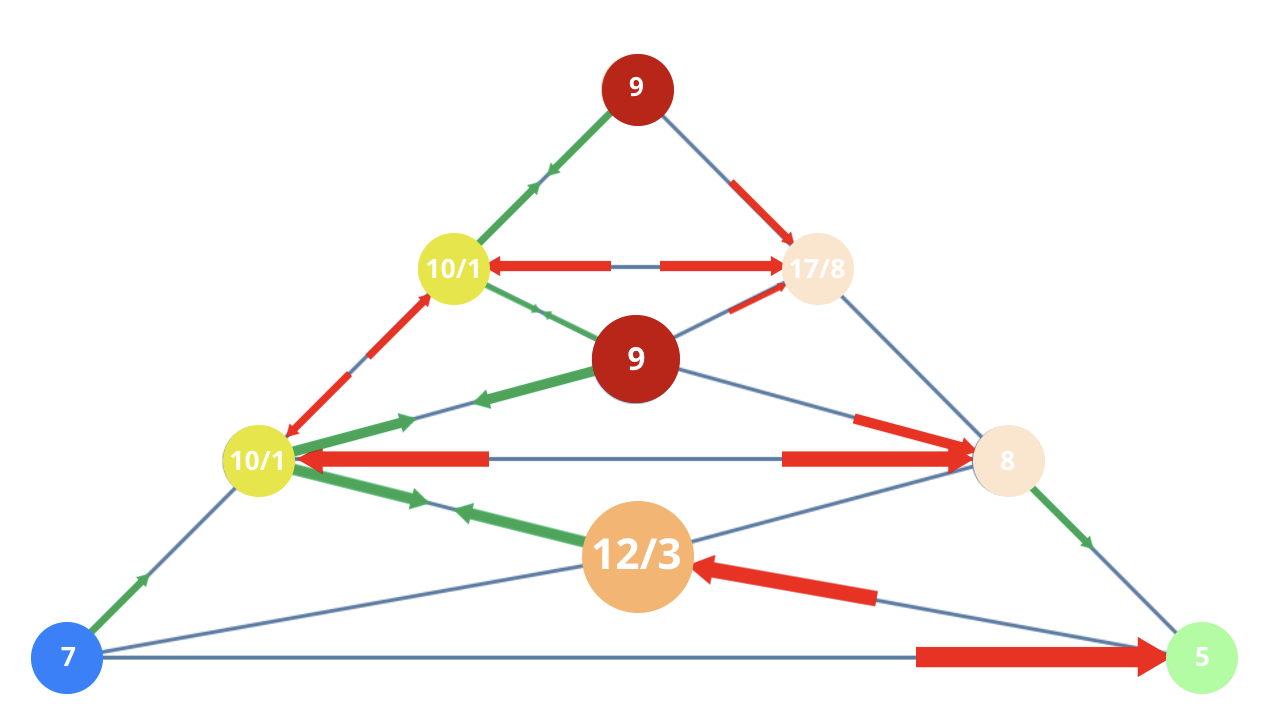