Numerology and the numbers
Number 40 Meaning

The digits in the number 40 have the digit sum 4 which resonates with the planet Uranus. 40 is often written as 40/4 where the digit sum is placed after the slash. To understand 40 more in depth we recommend you also read more about the digit sum 4 here.

Introduction to the number 40

The number 40 gives a high intelligence and an almost autistic ability with numbers. You have strong and distinctive attitudes to life and society and a contrasting personality.

The number contains a direct and unbalanced 4-8 "tension" (as it is called in Chaldean numerology) that can attract accidents, disasters, and misunderstandings - but can also be channeled into an inner search or questioning that leads to higher insight and truth.

The number 40 is a number that signifies many spiritual tests and trials that finally lead to a new level of consciousness. In many religions, we see, for example, a "trial period" that you have to go through, in which a lot of karma is burned that one has accumulated through life or taken with from past lives.

For example, from the bible, we have that Jesus fasted forty days and forty nights in The Judean Desert. We also have that 40 days passed between Jesus's resurrection and Jesus's ascension. In the story of Noah and the arc, we have that the rain fell 40 days and 40 nights in the flood. These were just a few examples. There are many more and from many different traditions and religions.

The number 40 is often described as unfortunate and fateful in ancient sources when it is a name value. The number contains a direct and unbalanced 4-8 conflict and can attract accidents and bad luck. It should, therefore, preferably not be used as a name or placed elsewhere in the numeroscope. In extreme imbalance, the number 40/4 involuntarily becomes a secluded hermit living on the fringes of society. It can be lost in its own reality, full of cynicism and bitterness, where it looks down on others. It can also attract bad karma, accidents, and tests of a biblical proportion. 40/4 in strong imbalance is also a number of mental afflictions, such as mental handicaps, autistic tendencies, and low IQ. One might also be susceptible to auto-immune diseases, paralysis, sclerosis, and Parkinsons disease.

In balance, the number 40/4 is a powerful number that can be used to look inwards, make extended meditation or other kinds of spiritual retreats, and in the process, burn a lot of karma and acquire profound spiritual insight.

This was just a short excerpt about the number 40. In our online program 'Numerologist PRO Foundational,' we go in-depth with all the numbers where every aspect of the archetype is uncovered using THE NP NUMBERS 1-99 ARCHETYPING SYSTEM™. We go in-depth with Tarot, Tree of life, different numerological interpretations, detailed statistics, and analysis of the NP BIG DIAMOND CHART™ and NP VIBRATION PYRAMID™ charts. To see more about Numerologist PRO Foundational please click here.

The balanced aspects, traits and adjectives of number 40 are:

The imbalanced aspects, traits and adjectives of number 40 are:

Feels misunderstood, turns things upside down, over interprets what others do and say, socially isolated, loneliness, the "black sheep", lacks confidence, inner bitterness, internal conflict and division, confused, inner doubt, difficulty choosing a career path, attracts accidents, experiences resistance, tests of biblical proportions, many problems in life, unlucky fate and karma, has to start over again and again, out of touch with its emotions, uneasy, dissatisfied, cynical, lacks empathy and human understanding, narrowminded.

Celebrities with 40 in their charts

Here are a few celebrities with big personality number 40, where it gives an interesting personality that is slightly guarded, but which also is unique.

40 is under the influence of URANUS

The Big Diamond Chart™ for 40 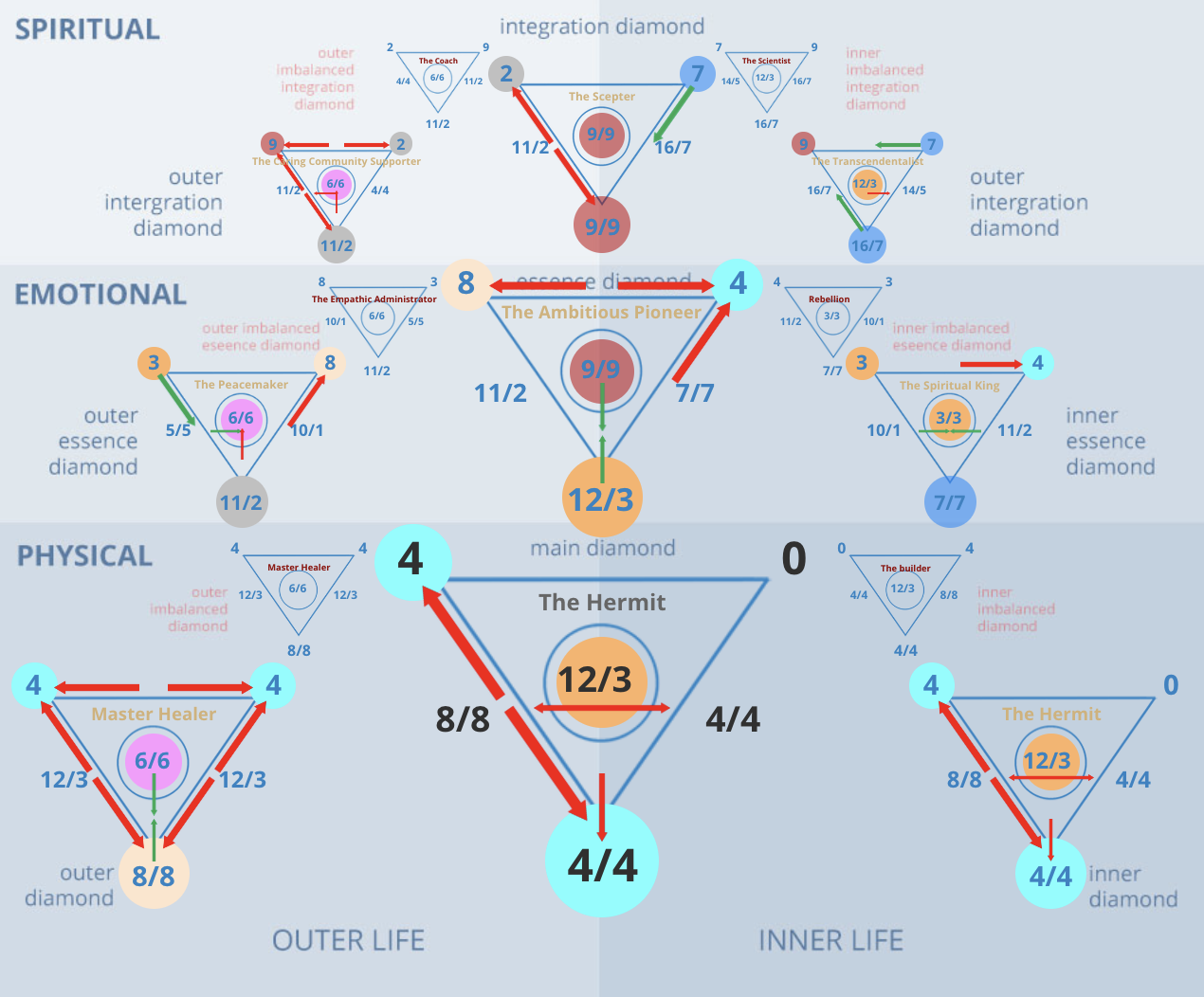 The Vibration Pyramid™ for 40 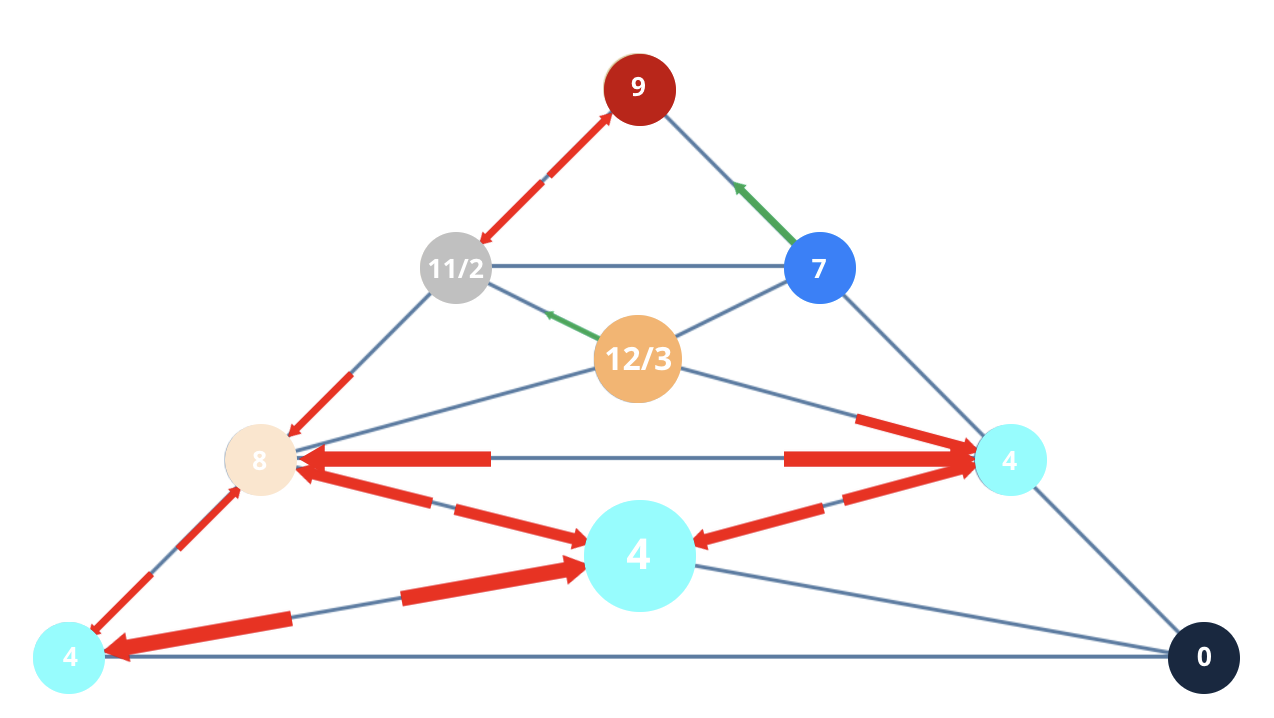